Day Tour to Edfu and Kom Ombo
Enjoy a day tour to Kom Ombo Temple from marsa alam, which overlooking the Nile and Edfu Temple. Edfu is the best-preserved cult temple in Egypt. go through the time to discover more secrets , Edfu temple is one of the best saved temple in the world , it was dedicated to god Horus .

* Our representative will pick you up from your hotel in Marsa Alam early morning by air-conditioned modern van to Edfu, approximately 04 hours far from Marsa Alam. 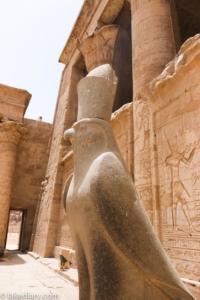 * Upon arrival in Edfu, proceed to visit the majestic temple dedicated to Horus which is considered by most to be the best-preserved cult temple in Egypt. According to the Egyptian myths, it was the place where the falcon-headed god Horus revenged the murder of his father Osiris by killing Seth. 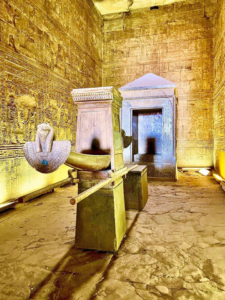 * Lunch at local restaurant, then transfer to see to the Temple of Kom Ombo standing on high grounds overlooking the Nile. It differs from other temples because of its double entrance, each one is dedicated to divinity: “Haroeris” with his falcon head and ” Sobek ” with his crocodile head. The Temple of Kom Ombo was built on the honor of two deities the crocodile-headed Sobek, god of fertility and creator of the world, and Haroeris or the ancient falcon-headed Horus.

* in the evening, you will be escorted by your guide back to your hotel in Marsa Alam.

( Edfu temple is an Egyptian temple located on the west bank of the Nile in Edfu, It is one of the best preserved shrines in Egypt. The temple was built in the Ptolemaic Kingdom between 237 and 57 BC. The inscriptions on its walls provide important information on language, myth and religion during the Hellenistic period in Egypt. In particular, and also preserve information about the mythical interpretation of this and all other temples as the Island of Creation. There are also “important scenes and inscriptions of the Sacred Drama which related the age-old conflict between Horus and Seth )