Tiran island boat trip
Get away from the crowded beaches and spend a day snorkeling on the islands of the Red Sea. Visit Tiran Island, surrounded by beautiful reefs. This is a perfect way to spend a day enjoying diving or snorkeling. and the fresh air during sailing and also during the tour to Tiran island you can see all of sharm elsheikh hotels so it is like a city tour from the sea

*sailing for two hours by boat towards the north east of Sharm El Sheikh along the Gulf of Aqaba, which is more than 1800 meter deep,

* as there will be 3 diffrent stops in the best spots for underwater life for snorkeling , firstly reaching to a beautiful place called Blue Laguna. It is a perfect site to dive, snorkel or just swim. The Laguna is not deep but there are a lot of coral reefs and fishes there.

*Then continue to sail towards Tiran Island where you can make a great snorkeling or swim. and lunch will served in open buffet on the boat.

*By the end of the day sail back to the jetty of Sharm El Sheikh.and transfer back to your hotel 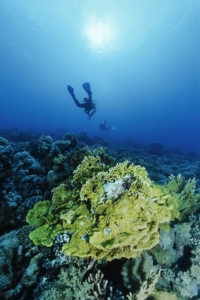 (The island is located at the entrance of the Straits of Tiran, which connects the Red Sea to the Gulf of Aqaba. It has an area of about 80 square kilometres (31 square miles). It is part of the Ras Muhammad National Park. The Straits of Tiran is Israel’s only access from the Gulf of Aqaba to the Red Sea, and Egypt’s blockade of the Straits of Tiran on 22 May 1967 was the casus belli for Israel in the Six-Day War ,Tiran Island is of strategic significance in the area, as it forms the narrowest section of the Straits of Tiran, which is an important sea passage to the major ports of Aqaba in Jordan and Eilat in Israel. Israel briefly took over Tiran Island during the Suez Crisis and again from 1967 to 1982 following the Six-Day War. The island is inhabited only by military personnel from Egypt and the Multinational Force and Observers (MFO)