Day tour to kalabsha and Nubian Museum
*our Tours representative will pick you up from your hotel in Aswan to enjoy a trip to the Temple of Kalabsha which has been dismantled and re-erected on a hill near the High-Dam site (Western Bank). 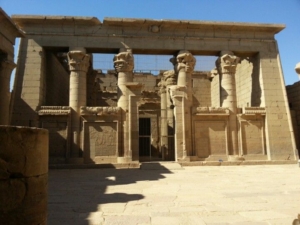 *This temple was originally built by Toutmosis II and Amenophis II at Kalabsha, 40 miles south of Aswan, and was restored during the Roman conquest,

*then end the tour by the long-awaited Nubian Museum which was opened in 1997. This museum displays thousands of antiquities that would have been lost under the waters of Lake Nasser. This museum takes its name from the ancient Egyptian Nbu, meaning gold, in reference to the area’s famous gold mines Moreover; you will enjoy scenes of Nubian life demonstrated with a range of life-size displays. 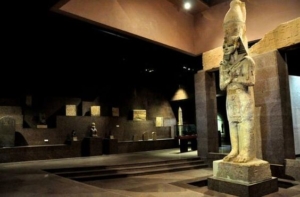 *then transfer back to your hotel in Aswan

About Nubians
(The name Nubia is derived from the Noba people: nomads who settled the area in fourth-century AD following the collapse of the kingdom of Meroë. The Noba spoke a Nilo-Saharan language that is ancestral to Old Nubian ,Historically, the people of Nubia spoke at least two varieties of the Nubian language group, a subfamily that includes Nobiin (the descendant of Old Nubian)