Siwa oasis is the most quite and pure spots on earth as it is located almost 800 km away from Cairo on the western desert close from Libya borders
the local people of Siwa called Amazikh and speak their own language as the rest of Egyptians can not understand them when they speak together , the area is famous by it is natural and pure spots and it is amazing place for relaxing and tranquility away from the crowd and the noise of the city , there you can see many special sites like

# The salt lakes
There are hundreds of salt lakes spread throughout the Siwa Oasis region of Egypt. The pools are actually part of a salt mine right outside of the town each of these pools has their own health benefits the salt pools are particularly good for skin and eye infections. You can float in them such as the dead sea 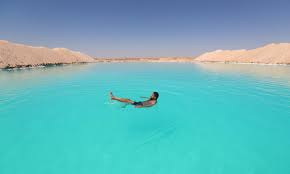 # Cleopatra spring
The oasis has many cold and hot springs that is full of sulfuric water which is very useful for skin among this springs Cleopatra spring which is almost the most famous one there , its name refers to Queen Cleopatra VII, there is no evidence that Cleopatra ever bathed there 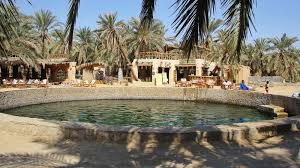 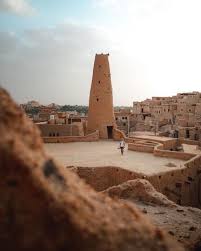 # Sand dunes
The Sand Dunes of Siwa are a great place to explore in jeeps, on sand boards or by foot. sandboarding is One of the most popular activities for a fun day out

# The mountain of the dead
The Mountain of the Dead is a wonderful place to shoot photos as it is on the highest point of the oasis so you can have a panoramic view for the whole area from it . This mountain is home to thousands of graves which are cut into the bedrock giving it the name ‘Mountain of the Dead’.it was built during the 26th dynasty of the pharos and the burials continued here until the late Roman era.

# Fitnas island
Fitnas island is a stunning spot where you can enjoy unforgettable sunset view from it , some where looks like a paradise with oriental places for siting and relaxing 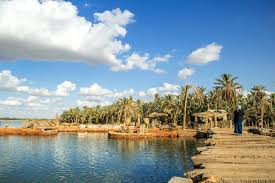 Best places to visit in Cairo
Scroll to top